On May 17, 2022, Schodack Central School District will hold a public vote for registered district residents to consider the approval of a proposed capital project (referred to hereafter as the 2022 Capital Project) budgeted at $8,764,559.

If voters approve the 2022 Capital Project, that money would be used for necessary maintenance, renovations and improvements at all three primary district sites.

The district currently has a unique funding opportunity to pay for this proposed project. Using the funding sources outlined below, approval of the 2022 Capital Project is expected to have no additional impact on the district taxpayer.

On the ballot with the 2022 Capital Project will be the proposed 2022-2023 School Year Budget and candidates for Schodack’s Board of Education.

Voting for the 2022 Capital Project

Where Will the Money for the Project Come From?

The $8,764,559 up for voter approval would come from three separate funding sources.

What Will Be Included In This Project?

Voter approval of the 2022 Capital Project would include repairs, renovations and improvements at all three primary district sites.

If the 2022 Capital Project is approved, examples of improvements in the district would include but not be limited to:

Red areas are where air conditioning would be added. 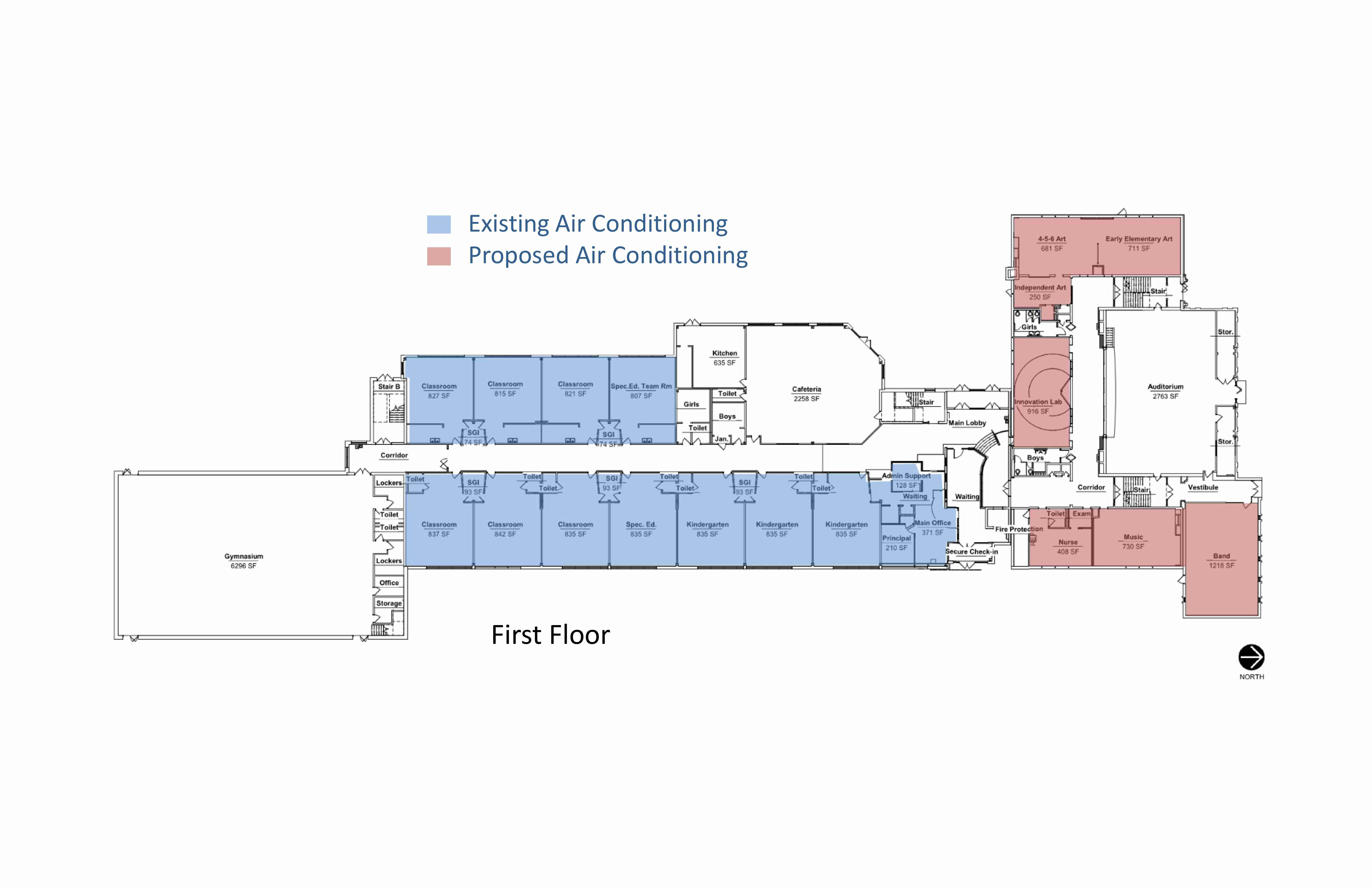 New Outdoor Lighting at the Front Entrance the School

Lighting will be added to improve safety and security. Highlighted area will have additional lighting. 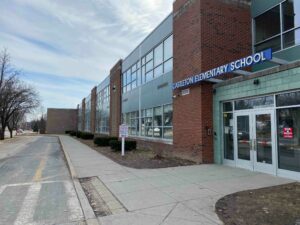 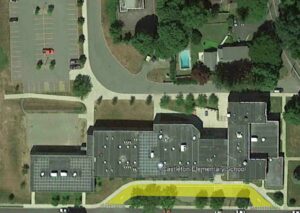 The expanded parking lot behind the school will reduce parking on streets and lawns. The highlighted area is where the parking lot will be expanded. 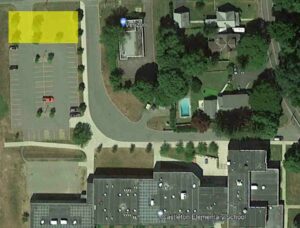 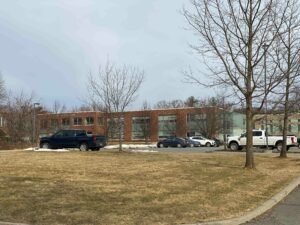 Renovating and Modernizing the Technology Suite 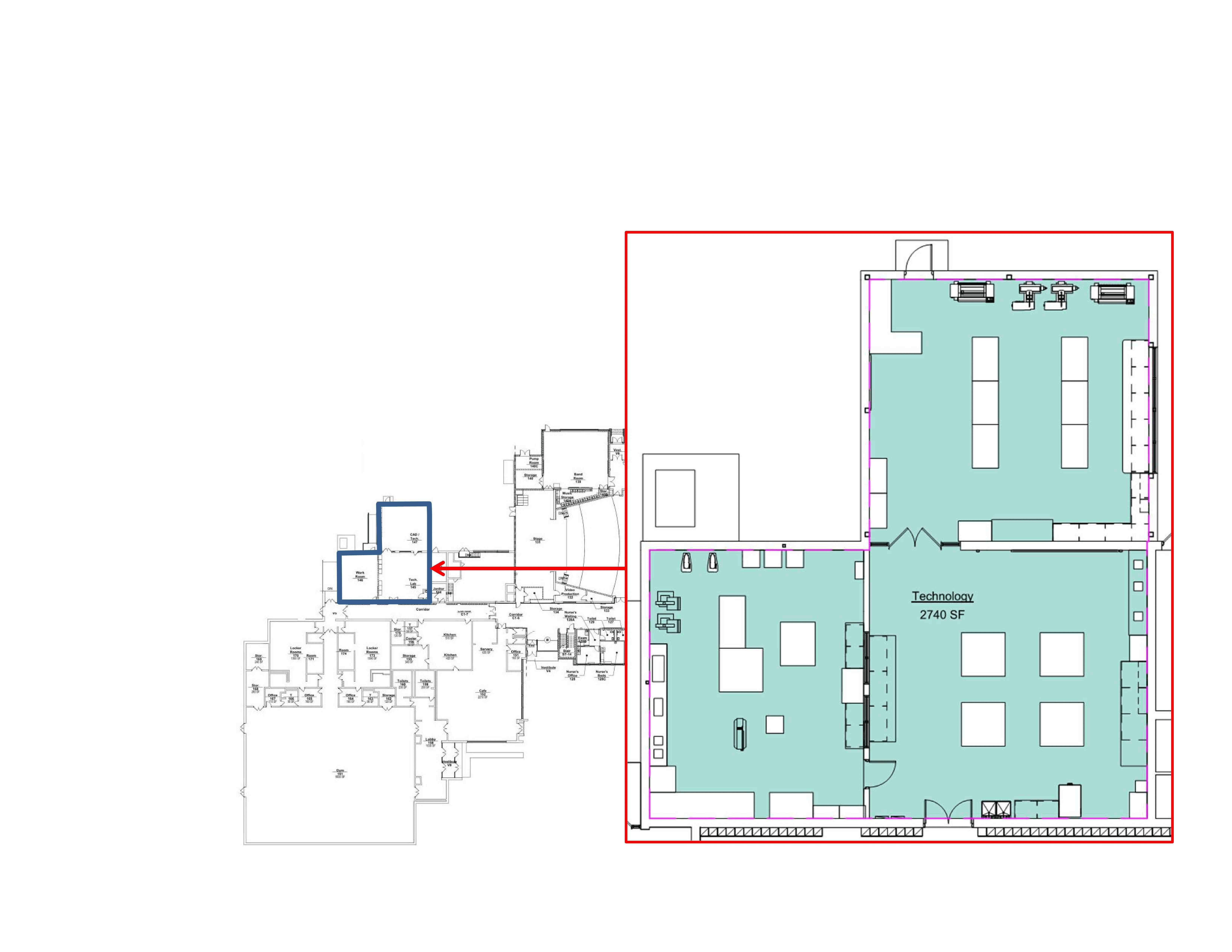 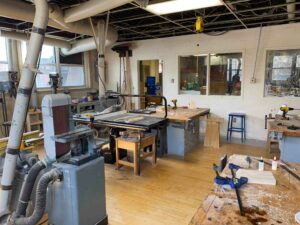 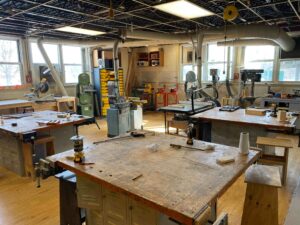 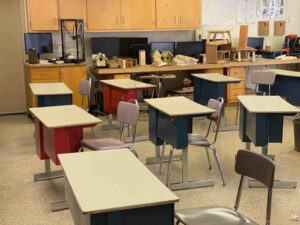 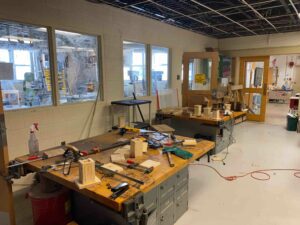 Red areas are where air conditioning would be added. 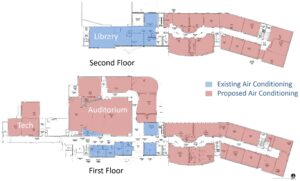 The aging parking lot presents safety and maintenance concerns. The tennis courts are no longer serviceable and therefore no longer usable by Maple Hill teams. 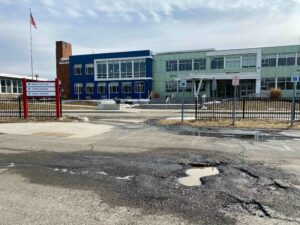 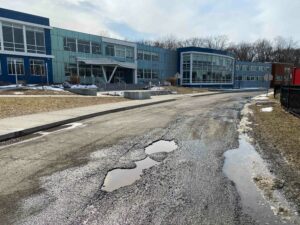 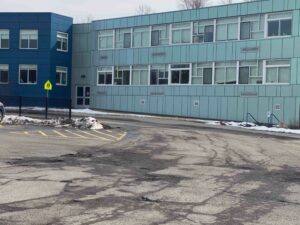 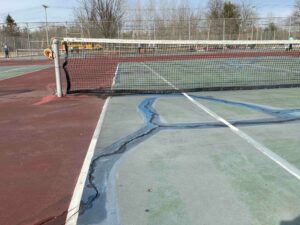 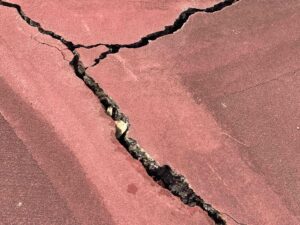 Replacement of Sidewalks and Exterior Stairs at District Office 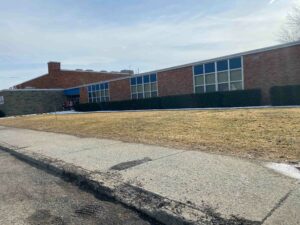 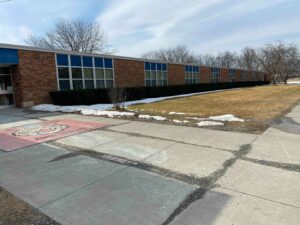 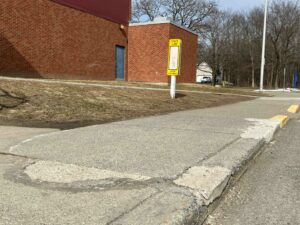 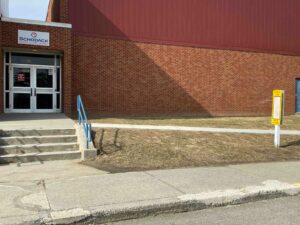 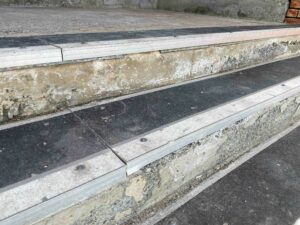 The aging partition would be replaced with an easier and safer to use divider curtain. 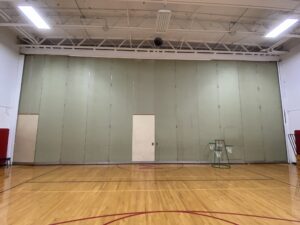 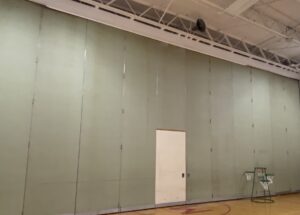 The fuel station island and garage doors at the Bus Garage have outlived their useful life. 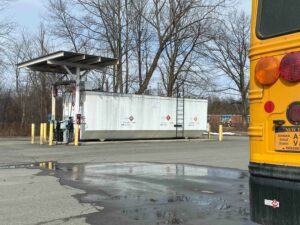 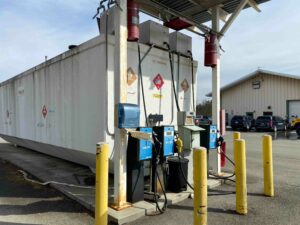 On Tuesday, December 14, voters of the Schodack Central School District approved two propositions up for their consideration.

“We are grateful to all the Schodack CSD community members who came out today and exercised their right to vote on these important propositions,” Superintendent Jason Chevrier said.

On December 14, 2021, Schodack Central School District will hold a public vote for registered district residents to consider approval of the following. Approval of these two propositions would come at no additional cost to the taxpayer.

WHAT: In 2015, Schodack voters authorized the district to create a Capital Reserve Fund. The district asks to use $350,000 from the 2015 Fund to pay for vital repairs and updates to the Maple Hill High School Gym Roof. The district already has the $350,000 in the 2015 Fund, so voter approval would come at no additional cost to district taxpayers nor would it further raise their taxes.

WHY: The roof is over 20 years old and has exceeded its useful life. It is important it is replaced as soon as possible since large areas of the existing fully-adhered rubber roof have already delaminated from the structure. Currently, the district has stabilized the roof with concrete pavers as ballast but this is not an ideal long-term solution.

WHEN: Having the public vote in December 2021 is critical to finishing work on the roof before Winter 2022-23. Voter approval in December factors in enough time for: 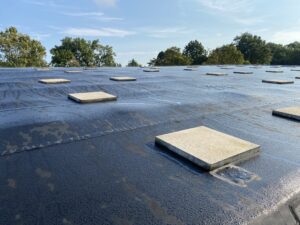 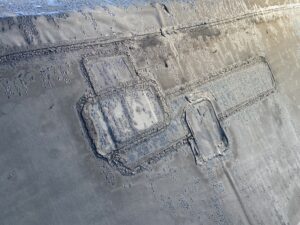 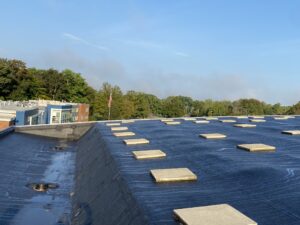 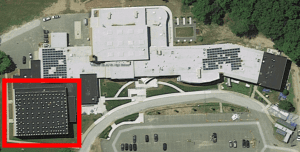 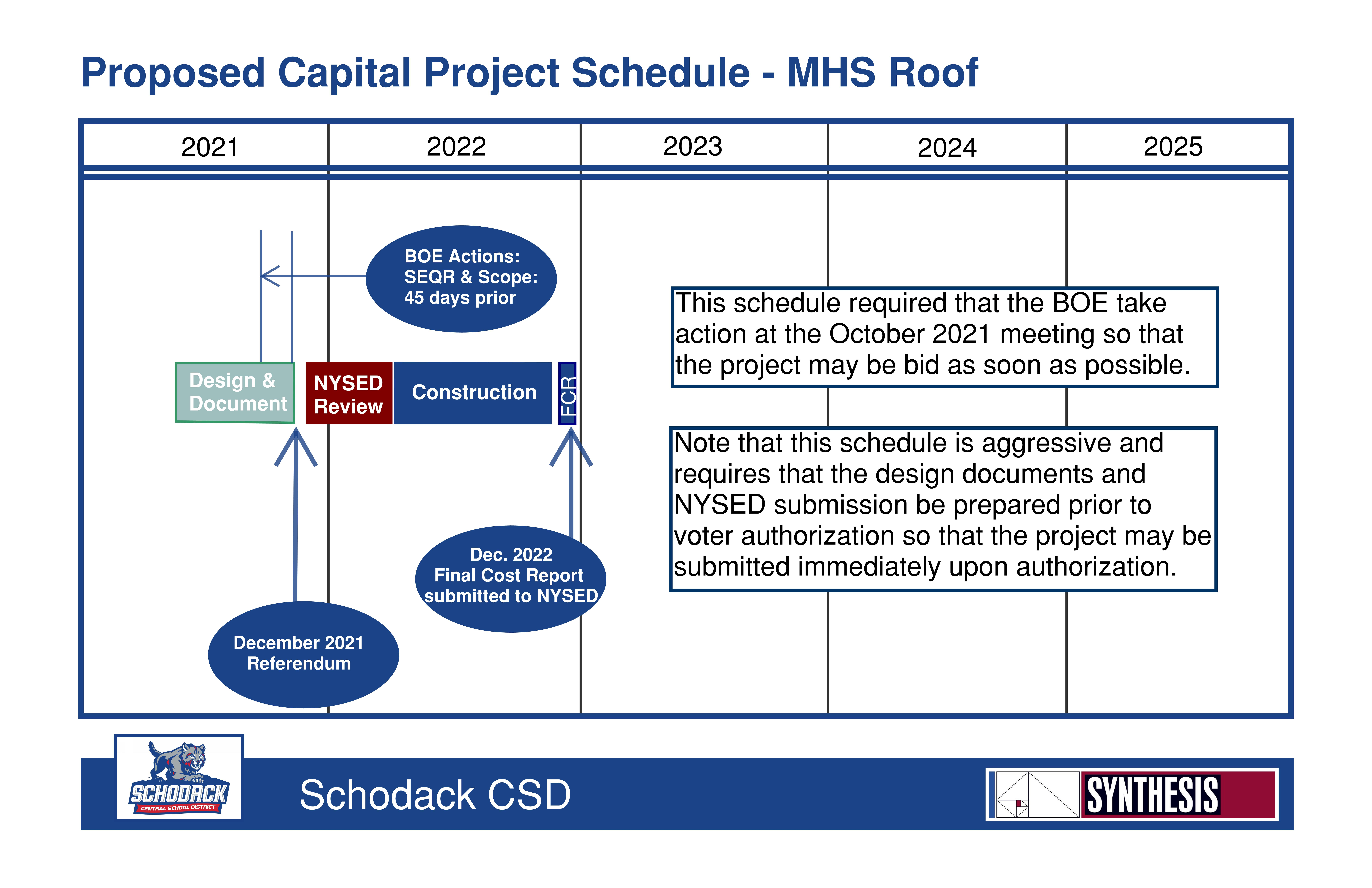 WHAT IS A CAPITAL RESERVE FUND? Capital reserve funds are a place for districts to set aside savings at the end of the school year and help finance future repairs, maintenance and improvements. Creating any capital reserve fund requires authorization by a majority of district voters. They must approve the purpose of the fund, the ultimate amount that can go in it and its likely term. As with asking for voter approval to use money from the 2015 Fund for the gym roof, any future spending from the 2022 Fund must also be authorized by the voters.

WHY IS CREATING THE FUND IMPORTANT? By using money in the 2022 Fund to help pay for future projects, the district would reduce the amount of money it needs to borrow from NYS. Borrowing less money would reduce future impacts on voter taxes and reduce spending on interest payments of borrowed money. In these still uncertain times, the district believes it is in the best interest of both its students and taxpayers to establish the 2022 Fund.

HOW MUCH MONEY CAN BE SET ASIDE FOR THE FUND? The district could set aside up to $4 million in the fund over the next 10 years (the lifespan of the fund). If that amount is reached in that time, no more money could go into it.

WHERE WOULD THE MONEY FOR THE FUND COME FROM? Each school year the district makes a proposed budget that is an estimate of costs for the following school year. If budgeted spending is less than expected in a given school year, the surplus savings can be placed in the fund.

Currently, the district has more budget savings than in prior years due to a significant lack of spending in the 2020-2021 school year as a result of: