Maple Hill Students of the Quarter: 3rd Quarter of 21-22

Congratulations to the Maple Hill students selected as the Students of the Quarter for the 3rd Quarter of 2021-2022! 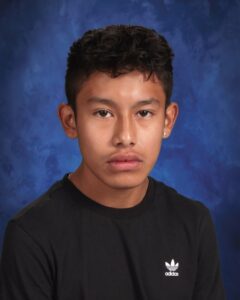 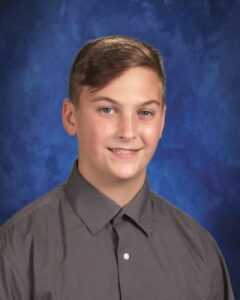 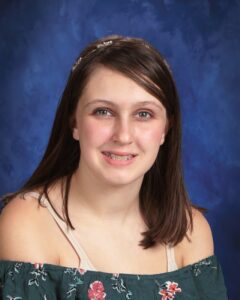 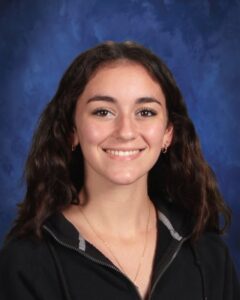 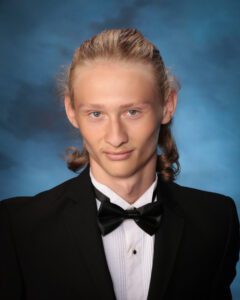 To recognize the achievements of its students, Maple Hill Jr./Sr. High School presents Student of the Quarter Awards at the end of each quarter of the school year. Students may be nominated for this award by any staff member, a representative of a community organization, a parent or another student. Students may be nominated for a single outstanding achievement, for service to the school or community or for significant improvement in school. Each quarter one student in each grade, 7-12, is selected for this award by a faculty committee after a review of all nominations.

Michael Michel, son of Mr. and Mrs. Michael Michel, was nominated for arriving to class every day ready to go. He is always on task and works very hard. Here at Maple Hill, Mikey is a part of the Maple Hill modified track team and enjoys playing football, baseball, and basketball. After high school, Mikey is hoping to play a sport in college and would be interested in exploring starting his own business someday.

Christian Cruz, son of Mr. Rafael Cruz-Martinez and Mrs. Cruz-Tapia, was nominated for always being polite and hard working. He has made a great improvement this past quarter. Here at Maple Hill, Christian is a part of the soccer team during the fall season and also plays soccer for East Greenbush during the summer. After high school, Christian definitely wants to go to college and is considering studying business administration.

Connor Dingman, son of Mr. and Mrs. Michael Dingman, was nominated for being a conscientious, hard-working, kind, and respectful student. Connor is a supportive friend to all of his classmates and a respectful member of the class. Here at Maple Hill, he is on the tennis team and plays the piano. Connor also enjoys playing basketball and hanging out with his younger brother. Connor plans on going to college for something science related, maybe in the astronomy field.

Oriana Letzelter, granddaughter of Mr. and Mrs. Todd Wiley, was nominated for being a very hard worker who is motivated to do her best on all assignments. Here at Maple Hill, she is a member of drama club, art club and ski club. In September, Oriana will be starting the criminal justice CTE program. Oriana would like to go to school to be an attorney after graduating from Maple Hill.

Angelina Pusateri, daughter of Mr. John Pusateri and Ms. Carol Jo Pusateri, was nominated for being a polite, respectful, considerate, and thoughtful person. Here at Maple Hill, she participates on the track team and cross country team. Angelina also participates in her church youth group and youth leadership group that takes her to different states across the country. After high school, Angelina wants to attend college and is looking forward to all of the new opportunities that lie ahead of her.

Ethan Harrington, son of Mr. Jeffrey Harrington and Ms. Julie Ottman, was nominated for his friendly demeanor, conscientious attitude about coursework, and scholarly ability. Here at Maple Hill, he was on the basketball team. Ethan also volunteers his time at a youth group and works at Pet Supplies Plus. After graduating, Ethan will be attending Hudson Valley Community